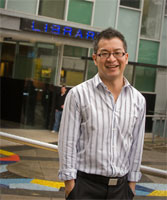 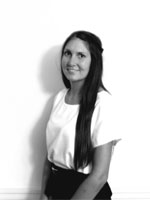 The Donald Dyer Trust and the Public Relations Institute of Australia (PRIA) are delighted to announce the recipients of the prestigious Donald Dyer Scholarship as Ms Ellen Tyquin and Mr Som Sengmany.

The Donald Dyer scholarship is awarded to an outstanding public relations, corporate communication, or marketing communication scholar or practitioner who is capable of making a significant contribution to the development of the practice of the public relations profession. This is the first time this scholarship has been open to all universities across Australia by the Trustees of the Scholarship in association with the PRIA.
“We were overwhelmed by both the number and quality of the applications for the scholarship this year, which is why we have awarded two scholarships to two bright students instead of just one Scholarship as planned” said Professor David Potts OAM LFPRIA, one of the Trustees of the Donald Dyer Scholarship.

“Donald Dyer was one of the founders of the PRIA and he and his wife Sylvia were passionate advocates for the public relations profession. The Scholarship was established to nurture the talent of tomorrow’s leaders in the profession. This year, through the relationship with the PRIA, the Trustees were able to widen the search Australia-wide for potential Scholars. Seventeen applications were received.”

The recipients will receive a stipend of $30,000 plus $5,000 for research-related expenses each year for three years to undertake research for a higher degree. Ellen Tyquin will carry out her PhD research at the Queensland University of Technology (QUT) and Som Sengmany will do his PhD research at Deakin University in Victoria. They will commence their studies in February.

“I’m honoured and excited to receive the 2018 Donald Dyer Scholarship,” said Som Sengmany, whose research aims to provide a practical framework to assist public relations practitioners to work in, and with, multicultural audiences. “The scholarship gives me the opportunity and financial support to undertake independent research that I hope will help the public relations profession communicate more effectively with Australia’s increasingly culturally diverse population.”

“I am delighted to be awarded the PRIA Donald Dyer Scholarship,” adds Ellen Tyguin, whose research is about managing organisational trust in a world of constant change. “Along with the financial stability the scholarship will provide, I am also looking forward to taking up opportunities to do some research overseas allowing me to allow a cultural comparative context”.

PRIA’s support for the Donald Dyer Scholarships reflects the PRIA’s commitment to the education, training and professional development of communication professionals in Australia.

“The Donald Dyer Scholarship is the largest and most prestigious scholarship available to Australian public relations students. It gives the recipients a life changing professional opportunity that is out of reach for many due to the high cost,” said Jenny Muir, National President of PRIA.

“The standard and calibre of the applicants will ensure that both they, and the PR profession, will gain substantial benefits from their research. I believe this scholarship program has found its natural home with the PRIA and we look forward to working with the Trustees to awarding scholarships to more talented and ambitious young professionals in the future.”

The Trustees of the Donald Dyer Scholarship regret to advise that for financial prudence reasons in an uncertain financial market they have decided not to offer a new scholarship to commence in 2020 as planned. The next Scholarship will be offered for commencement in 2021.

The Donald Dyer Scholarship provides the successful applicant with a tax-free stipend of $30,000pa to undertake research on some aspect of public relations and communication for up to two years for a Masters degree and for three years for a PhD. These studies must be undertaken at an Australian University that has PRIA- accredited courses.

The Scholarship is managed by PRIA in association with the DDS Trustees: Dr John Hail, Dr Ron Knight LFPRIA and newly appointed Trustee Darryl Warren LFPRIA who recently replaced Dean Edgecumbe AM FPRIA. There are currently two PhD Scholars, Ellen Tyquin at QUT in Brisbane and Som Sengmany at Deakin University in Victoria. They both commenced in 2018 and are expected to complete their studies by February 2021.

The DDS Scholarship was created by a generous bequest from Sylvia Dyer in memory of her husband Donald Dyer MBE LFPRIA to commemorate his outstanding contributions to the founding of the PRIA. Sylvia also made significant contributions to the PRIA and was conferred with an Honorary Life Membership.

These Scholarships commemorate the outstanding contribution of Donald Dyer MBE LFPRIA to the founding of the Public Relations Institute of Australia. The Donald Dyer Scholarship was made possible by the generous bequest from the late Sylvia Dyer, Donald’s wife, who in her own right contributed very significantly to the work of PRIA and like Donald was conferred with Honorary Life Membership of the institute.